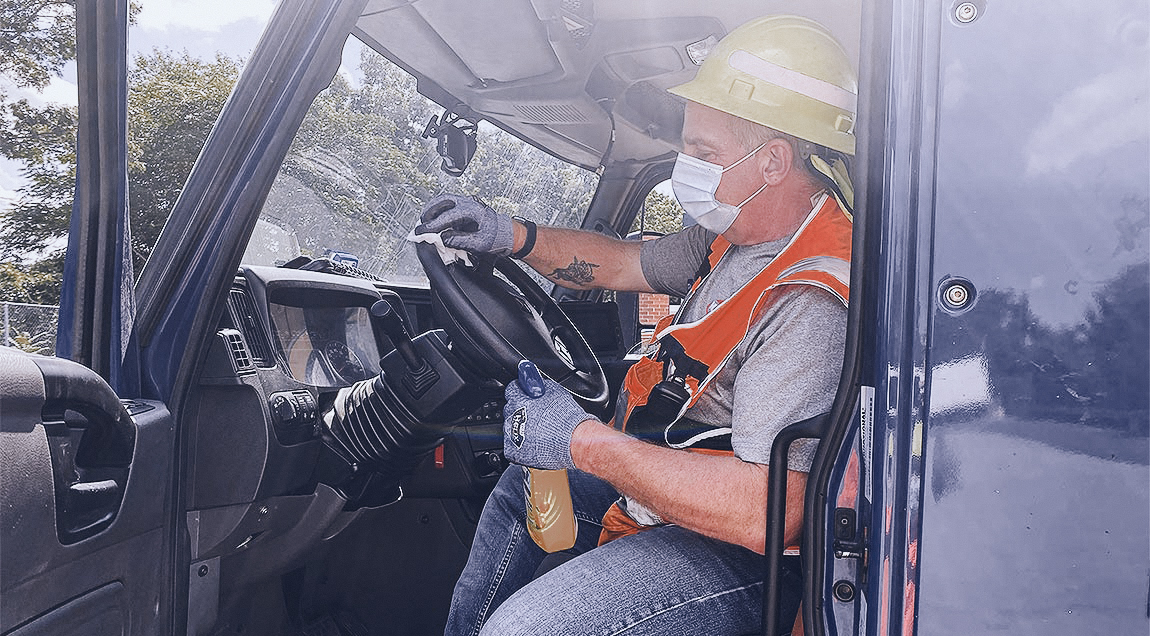 MAKING SURE WORKDAYS START WITH A CLEAN SLATE

Words to live by during a pandemic, to be sure. But for Peter Lacoste, they represent more than a catchphrase. They are his crusade.

Lacoste, 55, is a 17-year NFI Transportation employee based at the fleet’s Framingham, Mass., location, and a 30-year trucking veteran.

A driver-trainer who works with recruits brought along through NFI’s program, his job involves coordinating operations within the yard, communicating with drivers and ensuring deliveries stay on track.

But when the COVID-19 outbreak began to take hold, Lacoste took on a new responsibility — sanitizing the company’s trucks to help keep his colleagues safe.

On March 17, Massachusetts began ordering many businesses to shut down in an attempt to curb the spread of the coronavirus, but NFI Transportation, as an essential business, remained open and continued to transport vital goods. The division of Camden, N.J.-based NFI Industries delivers truckloads of 5-gallon jugs of Poland Spring water for one of its primary customers, Nestlé Inc. NFI Industries ranks No. 18 on the Transport Topics Top 100 list of the largest for-hire carriers in North America.

“It’s real important that what we do is keep coming to work,” Lacoste said. “If one person, say, gets sick, it will spread like wildfire.”

To that end, doing his part to ensure the safety of the terminal’s 83 drivers and six-member office staff became the primary focus.

That means a deep clean for about 40 trucks, depending on the driver rotation. Lacoste’s wife, Novilyn, and her mother, Norma, helped by securing supplies.

Novilyn is used to seeing such dedication.

“He always volunteers … even on vacation,” she said. “He’ll always answer the phone. He’s very dedicated to his job.”

The first order of business is removing the big debris, such as food bags, snack wrappers and soda cans. That’s followed by blasts from a leaf blower to get surface grit out. Then the sanitizing, with alcohol, Clorox, or basically whatever is available.

“The focus is always on the interior … what people touched for the past 14 hours,” Lacoste said, referring to the time of a driver’s shift.

It takes about 45 minutes to get a truck ready for the next driver. “Once you get a system, it starts moving a little quicker,” he said.

Nothing can be left to chance.

“Every switch, button, dial. If you forget something, you think, ‘Is that the thing [that could transmit the virus]?’ ”

As the outbreak worsened, drivers’ apprehension increased. The first step was to put their minds at ease.

“It started by making the drivers comfortable coming into work, and getting into a truck someone else just got out of,” said Tom Cosgrove, logistics supervisor for NFI ­Transportation.

The destination also could be a cause for trepidation, said Mike Kelly, an NFI transportation manager.

“One of the biggest challenges we had was convincing a driver to get into a truck and drive four hours to New York City,” he said, referring to the nation’s largest concentration of COVID-19 cases during the initial months of the pandemic.

To date, not one NFI Transportation worker at the Framingham drop yard — driver or office personnel — has tested positive for the disease.

Not that there hasn’t been a close call. At one point, Lacoste, Cosgrove, Kelly and two other company employees had to be tested after coming into contact with a customer’s employee who was infected.

Lacoste will be married to Novilyn for 19 years come October and is the father of three daughters: Tara, 30, and 18-year-old twins Nicole and Samantha.

He sees his co-workers at the Framingham yard as an extension of his family.

“The biggest thing is, I care about our guys,” said Lacoste, who lives in Worcester, about an 8-mile commute from the Framingham drop yard.

“He takes the new-hire training to heart,” Kelly said, “and is passionate about getting the safety message out to new drivers. Particularly sleep patterns, and the proper ways to back a [tractor-trailer] unit into a door/dock.”

In September 2019, Lacoste was honored for 1 million safe miles with the company.

Navigating a public health crisis isn’t all that has tested Lacoste’s resolve. Nature can wreak havoc, too.

He remembers driving Route 287 in New Jersey in the aftermath of Superstorm Sandy in the fall of 2012 and coming upon a swath of road that had washed away. Authorities directed him off the road, and he got the truck turned around.

From that experience, he learned that sharing information on road conditions can be crucial.

“What we deliver is water. You got to make your delivery,” Lacoste said. “I contacted other drivers and asked, ‘What did you try?’ ”

Cosgrove said Lacoste’s troubleshooting and problem-solving abilities were on display a few years ago when a blizzard dropped 3 feet of wet snow as the weekend approached.

“Peter and I met at the drop yard to see how bad the damage was,” he said. “Some of our trucks had been completely plowed in with massive 6-foot snowdrifts; others were just surrounded completely.”

The big dig began that night, but just 10 trucks were cleared over eight hours. As the weekend progressed, the remaining 30 trucks were freed, thanks to more equipment and two more volunteers.

“Dedication is what sets Pete apart from the rest — know what needs to be done, and make it happen,” Cosgrove said. “The gift he gives NFI is incredible, and I can’t imagine the last 13 years I have been here without him.”

Lacoste said that aside from the camaraderie, he identifies with the corporate culture.

“What I enjoy most about NFI is that it’s a company that’s aggressive as far as the personnel part goes,” he said. “I really enjoy the way NFI empowers everyone. It’s been quite progressive lately.”

Lacoste, who has worked exclusively out of the drop yard for the past three years, said he enjoys helping his colleagues and “coming in, doing the job, and going home.”

Being home each night has many benefits, but because of the pandemic, not all joyous occasions are guaranteed. Nicole and Samantha graduated high school this spring, but the commencement ceremony was canceled.

“It’s a moment in your life you can’t experience,” he said.

Outside of work, Lacoste enjoys bicycling and camping. When he retires, Lacoste and his wife plan on moving to her native Philippines, where they have built a house. 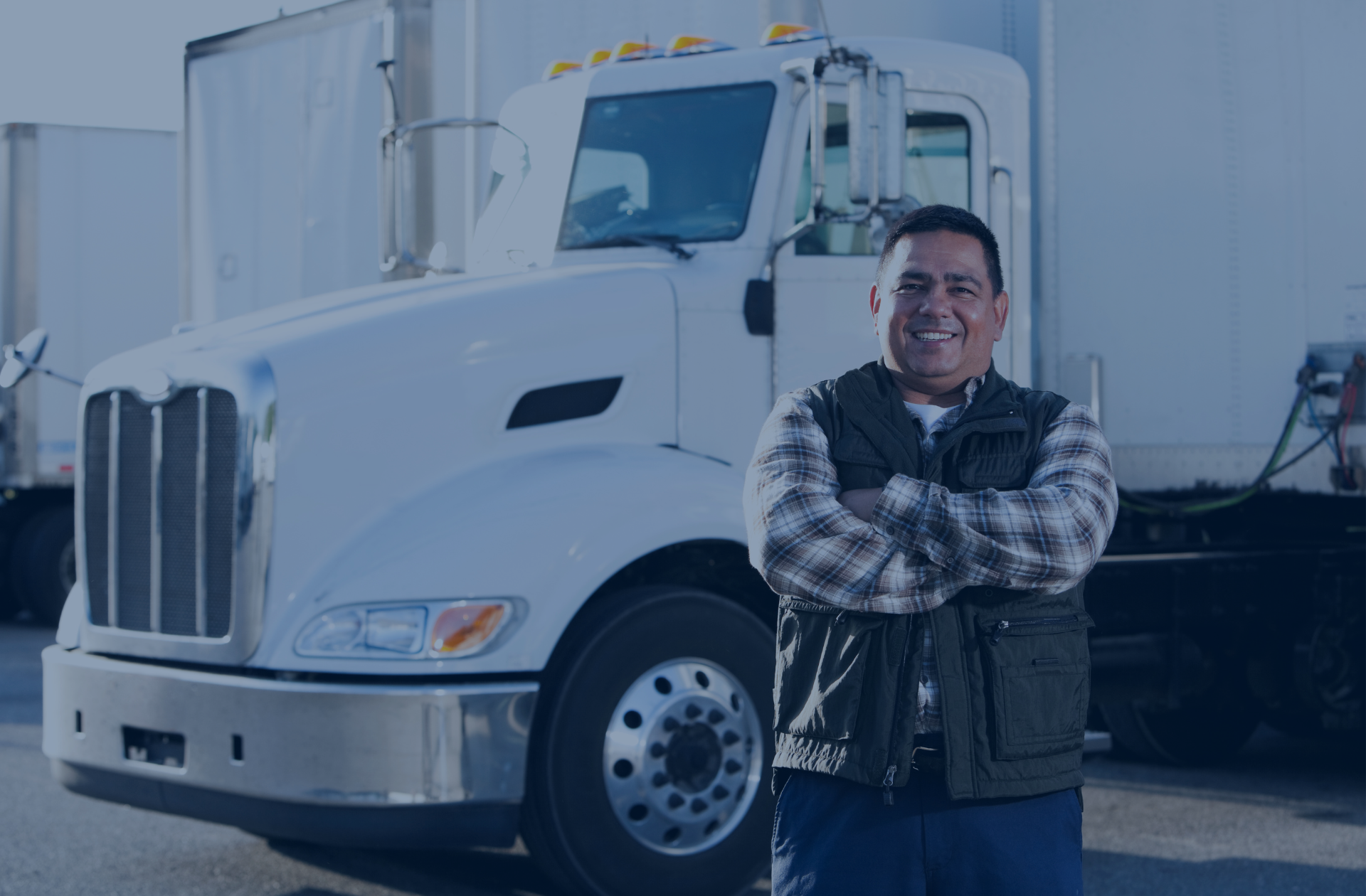 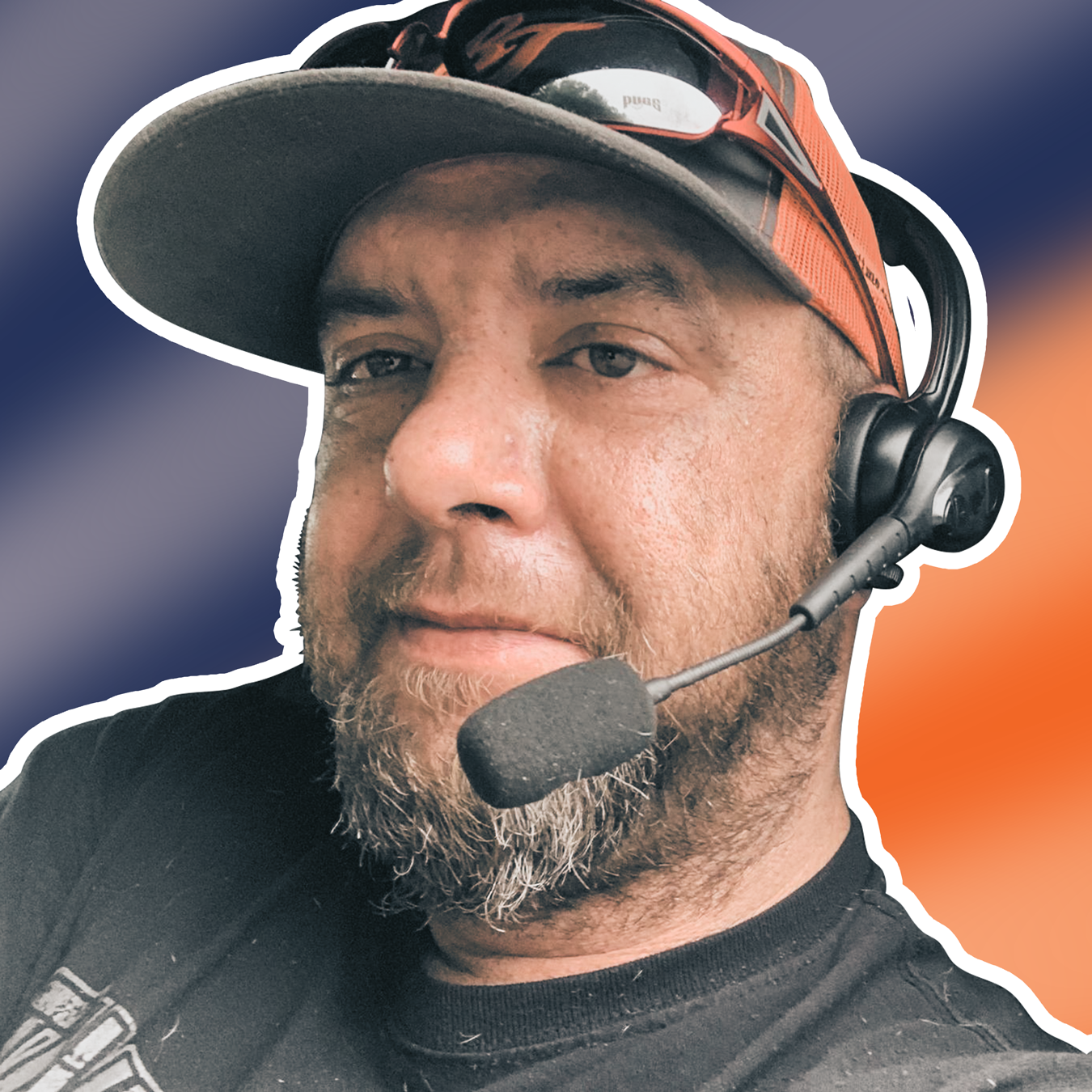 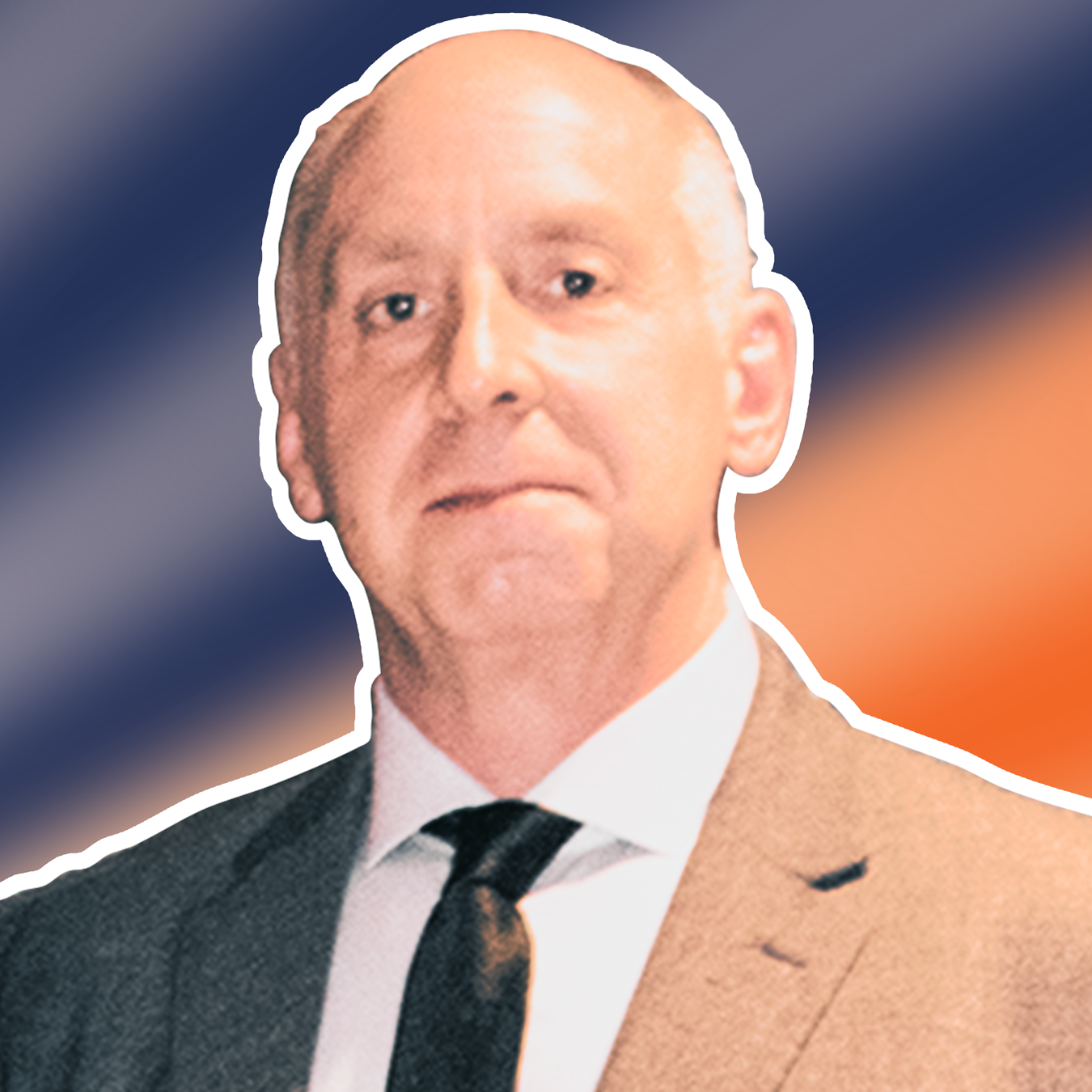 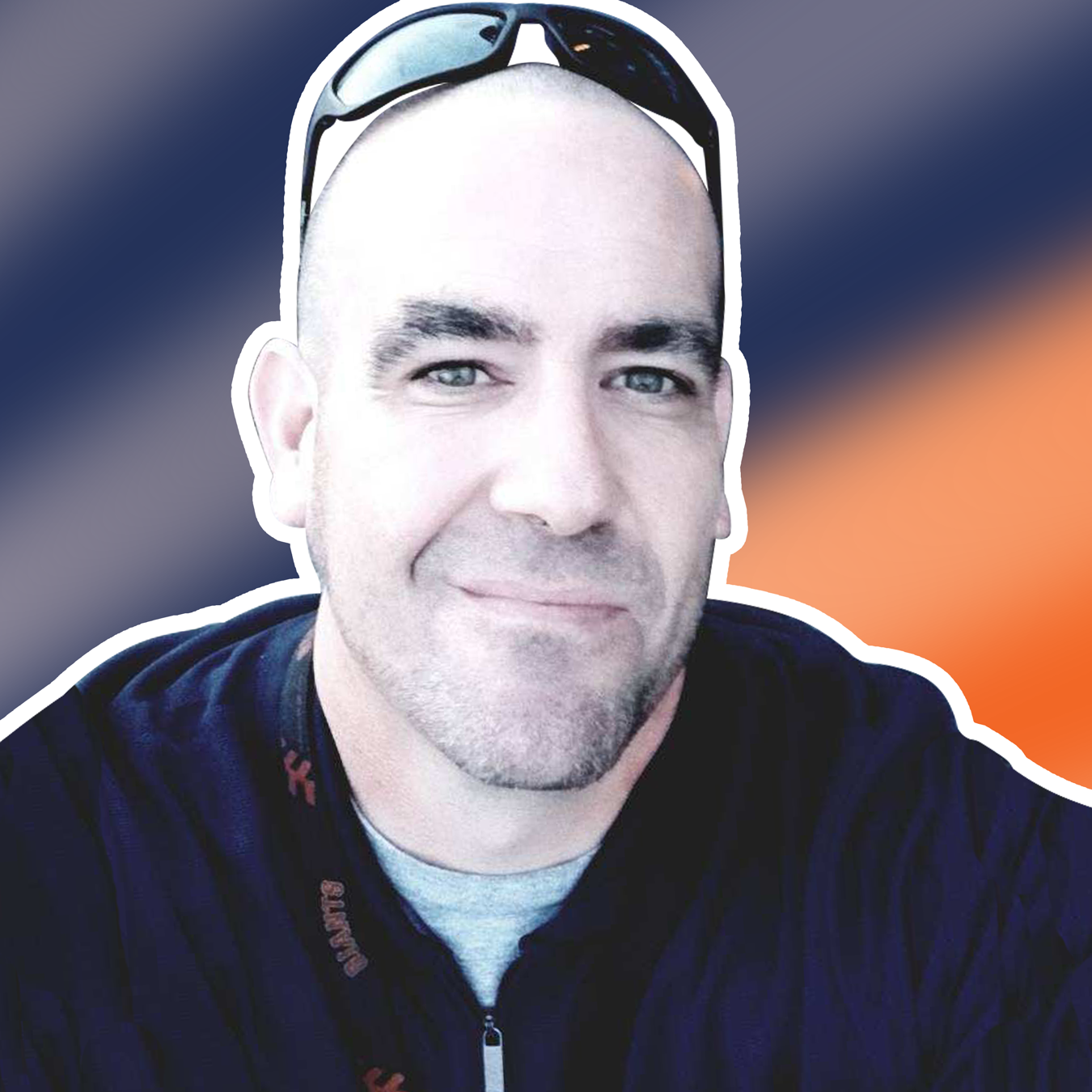